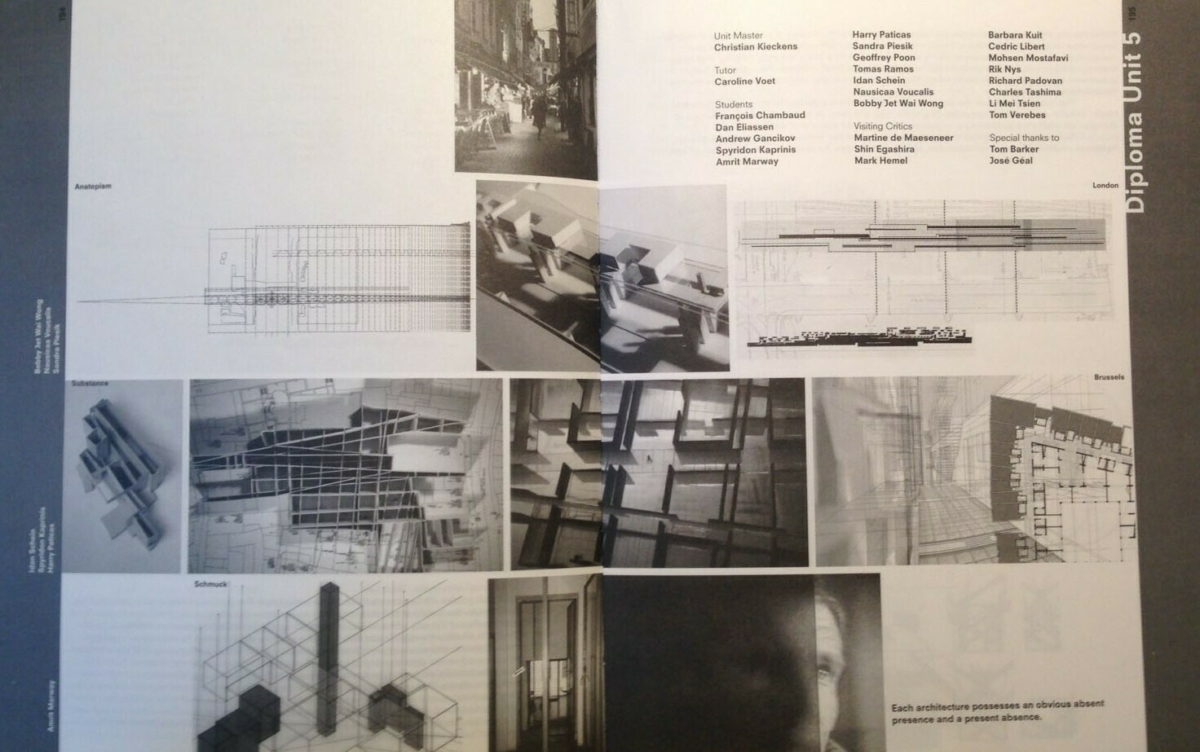 Each architecture possesses an obvious absent presence and a present absence.

Dip 5 investigated how the act of urban development can contribute to a new 'topos' into historical city centers. The main concepts of context / content / perception were linked to new architectural meanings as displacement / substance / appearance through a trilogy of research projects.
Out of the diagrammatic analysis of basic theorems from architectural history, new techniques were developed to balance contemporary urban situations in London, as well as in Brussels.
Introductory workshops and seminars build up specific readings of these cities, and ways to recognize and alter their urban patterns and structures.

1. SEARCHING FOR THE HAUS / NEXT 2
During term 1 we worked around the development of a HOUSE/HAUS: an existing bridge structure within the city of London was the place of a new intervention. Within the city, systems of infrastructure are separated from qualitative housing out of environmental concerns as noise and pollution. Bridges in London are mainly seen as infrastructures, crossing over and connecting roads, highways or train tracks. Because of their scale, the only housing that faces them on an equal level, is freestanding high rise. Within the city itself, bridges offer a lot of small-scale in-between spaces, as gaps in the city fabric. We introduced a new type of HOUSE/HAUS that grows within these in-between spaces.

2. THINKING ABOUT THE CITY / HAUS-ING
The second and third term addressed the city with its history as a preserved image, as a scenery, while it at the same time is embedded within a high tech contemporary urban fabric, thus again remaining in the duality and co-existence of redundant spaces.
A place in the real center of Brussels, an empty plot with the same size as and only at a distance of 100 meter of the biggest historical attraction in Belgium, the Grande Place, will be the 'topos' for new interventions connecting all contemporary urban needs into one structural complex with a range of new programmes and in-between spaces.
How does one work within the city’s heritage, not from behind the scenes but by taking the challenge of confrontation? How does a city, in casu Brussels, create its own character in appearance? What can be new strategies for facades and screenings (as are art nouveau structures) and how can we rethink some understanding and acceptance that is going beyond every form of subjectivism? How do recent building regulations deal with 'monuments', how can they be altered ? What’s the question of the standardized versus the monument, of rule versus exception? The answers are formulated through architectural proposals. 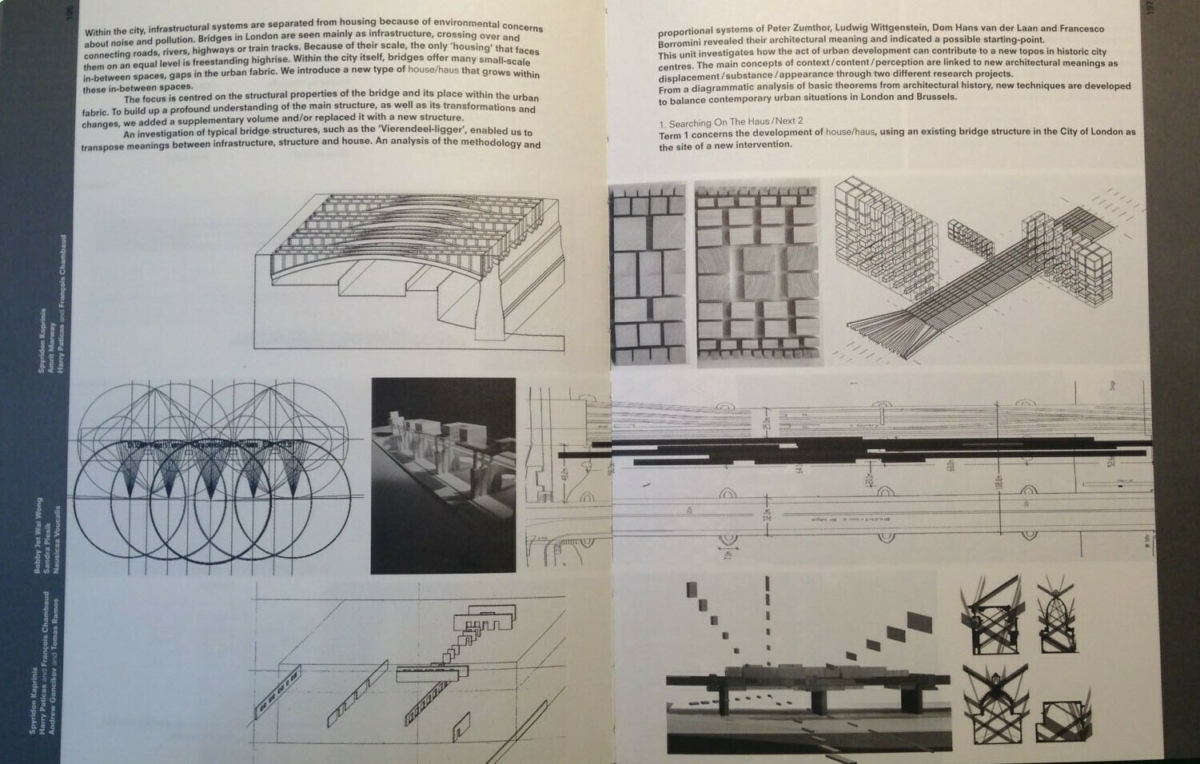