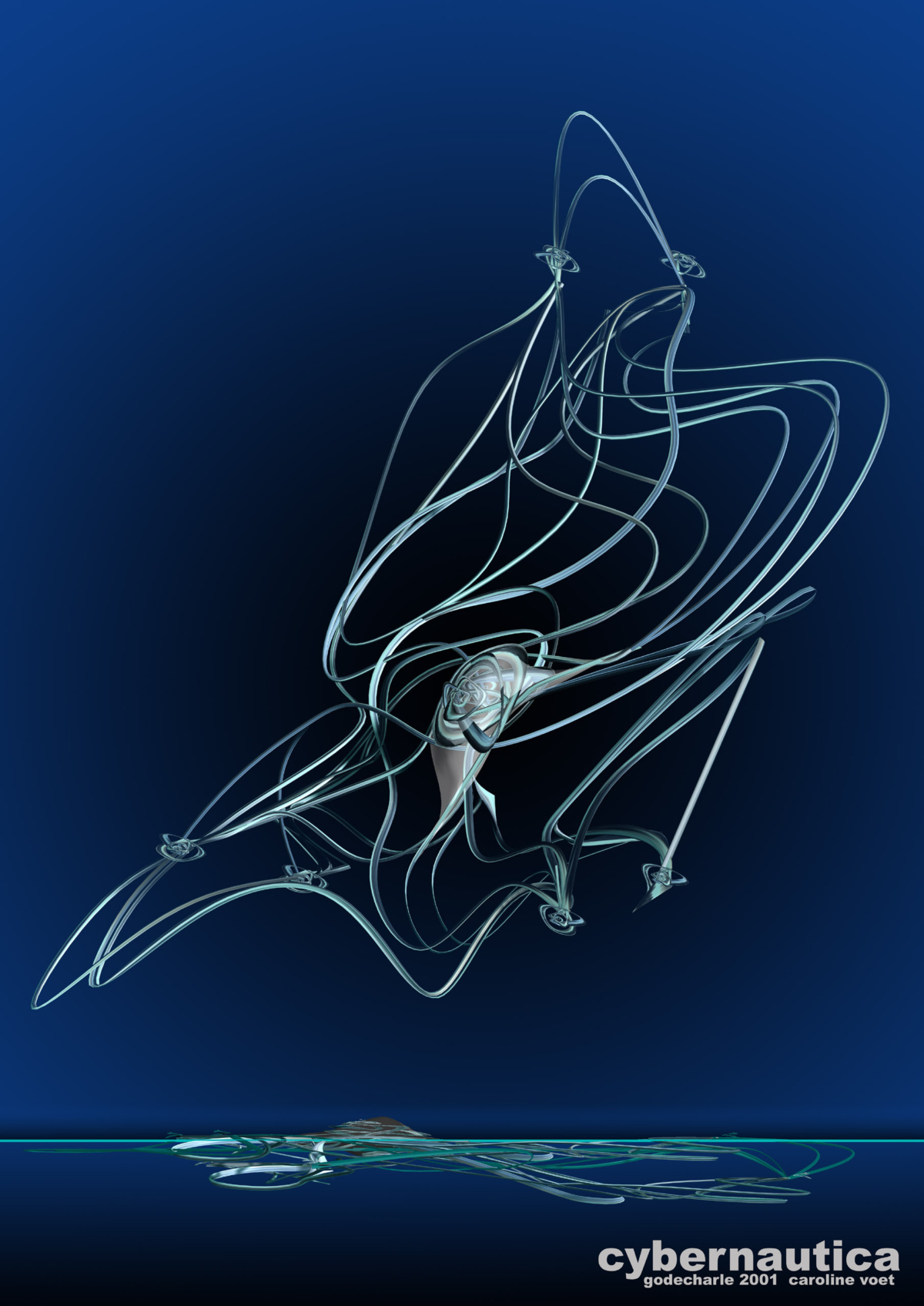 "Freed from Euclidian rigidity, matter folds into itself in search of those lines of involution", Gilles Deleuze.

Cybernautica, a newly launched city, is a lightweight superstructure that floats on the sea. It travels through several oceans, reaching a speed up to 1780km/hour. As the ideal solution for the continent’s overpopulation it uses the latest technology, based on the simulation of living organisms. It has the capacity for self-generation and selforganization, and adapts to the ever-changing needs of a city. Through its highly censored skin, it is in constant contact with its inhabitants and its environment, ready to direct new morphological changes. The whole system fluctuates like the rhythm of a breathing organism as it grows and disintegrates in the water.

The beginning of the city is a small embryonic cell, that encloses its nucleus like a spiraling womb. Several of these nuclei are set loose on the ocean surface, ready to be taken over by humans like shell hosts conquered by their new inhabitants. Depending on the amount of inhabitants and their requirements, the cell will grow into a fully differentiated body. From the center of the organism, different limbs will spread out, forming a three dimensional street pattern. The skin of these tentacles splits open into interlocking spiral structures, creating spaces, like 'poches', with different sizes, enclosures and shapes. Once a state of maximal density is reached from the center, the system will mutate into semidetached sub-centers.

Cybernautica, at its present state of 50 000 inhabitants, has one central nucleus of 429m x 193m x 112m, with 6 smaller sub-centers. The city has a total length of 300km of tentacles, woven into a knot with a length of approx. 3km.

Cybernautica, the city: an experimental vision for the future.

For the project Cybernautica, the material FLEXMAT was patented, a material that generates itself from plankton. A material which raised many questions from all over the world.