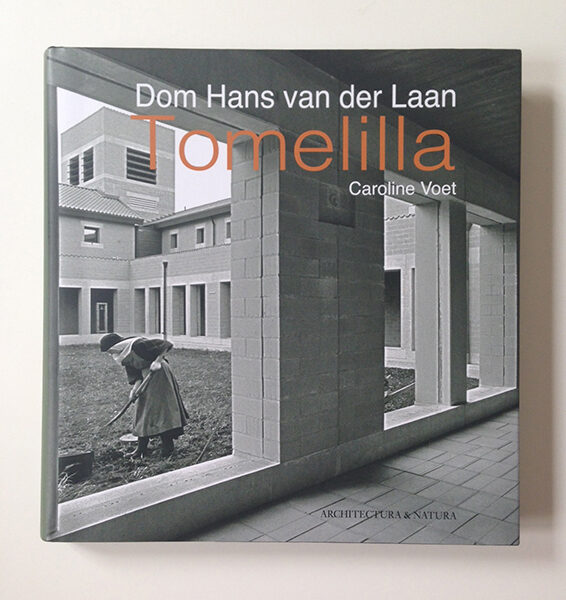 The part of the PHD research focussing on Dom Van der Laan’s design methodology, was further developed into a publication.
This was done in close collaboration with the editorial team Rob De Carpentier, Babs Rentjes and Gerhard Brüggeman, Friends of The Van Der Laan Foundation, Amsterdam. The publication received funds through the Van der Laan Foundation from the Nederlands Stimuleringsfonds Creatieve Industrie, VSB-fonds, Prins Berhard Cultuurfonds and from KU Leuven LUCA Stimuleringsfonds.

The book is an elaborate design manual, linking Dom van der Laan’s more abstract philosophical concepts from his manifesto Architectonic Space (1977) to the concrete design process of his last project, the Jesu Moder Marias Kloster (1991) in Tomelilla, Sweden.
'This book, which is both a thorough study of van der Laan’s contribution to architectural thought and a close analysis of its application
in one particular project, is a necessary one: it provides the reader with a key to the writings and the building, shedding light on the close
relationship between the two and rendering both, theory and practice, accessible. The authors’ endeavour is as rare as their object is unique:
taking us, as readers, deep into the work of the architect, and explaining it with love of detail and an economy of words that suits their
subject.’ Christoph Grafe, fragment of foreword. 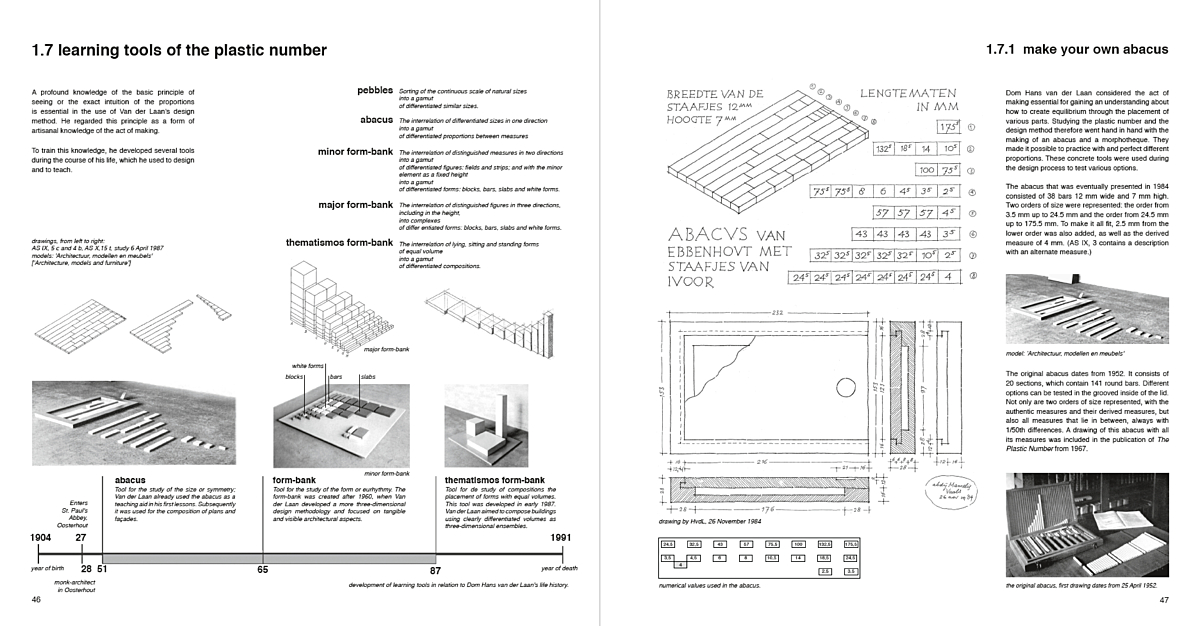 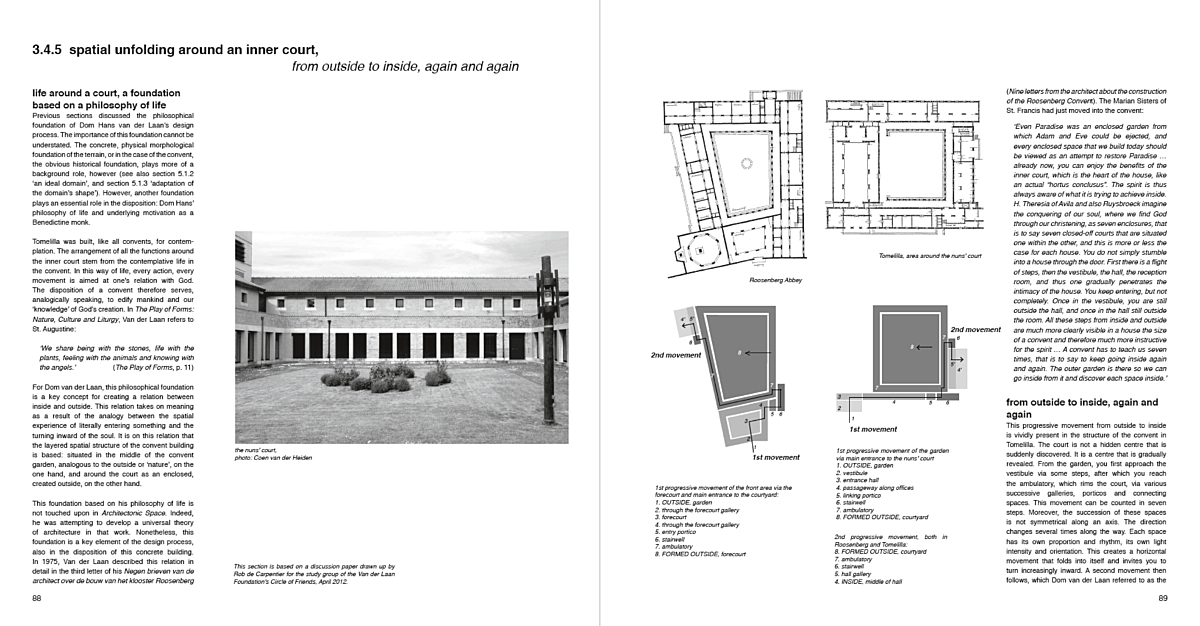 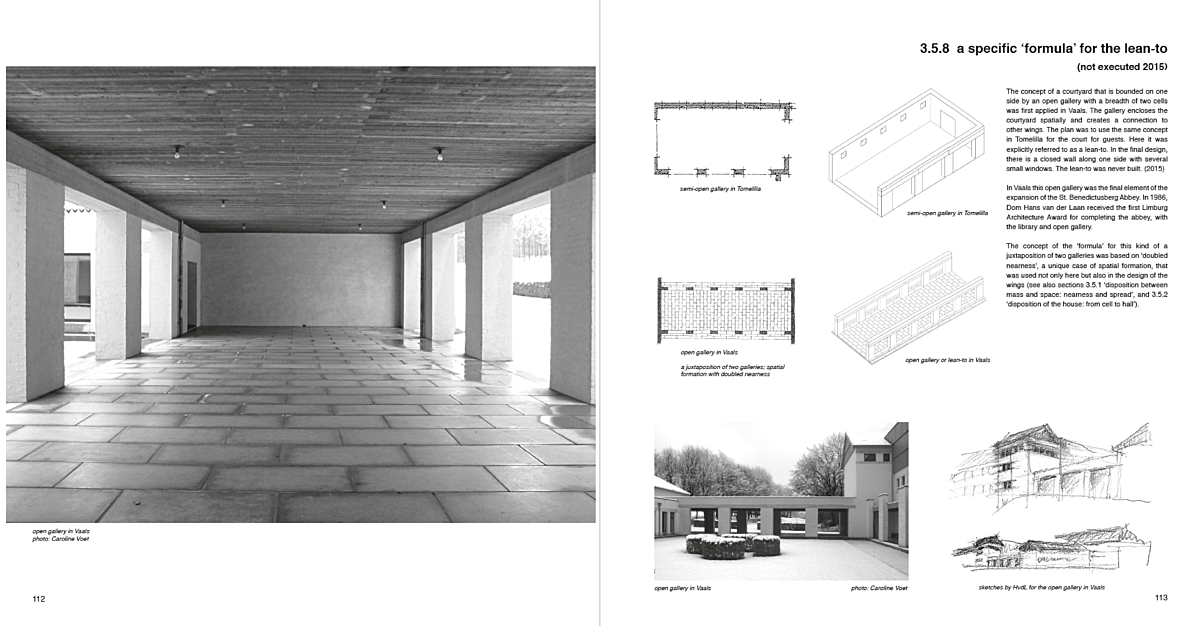 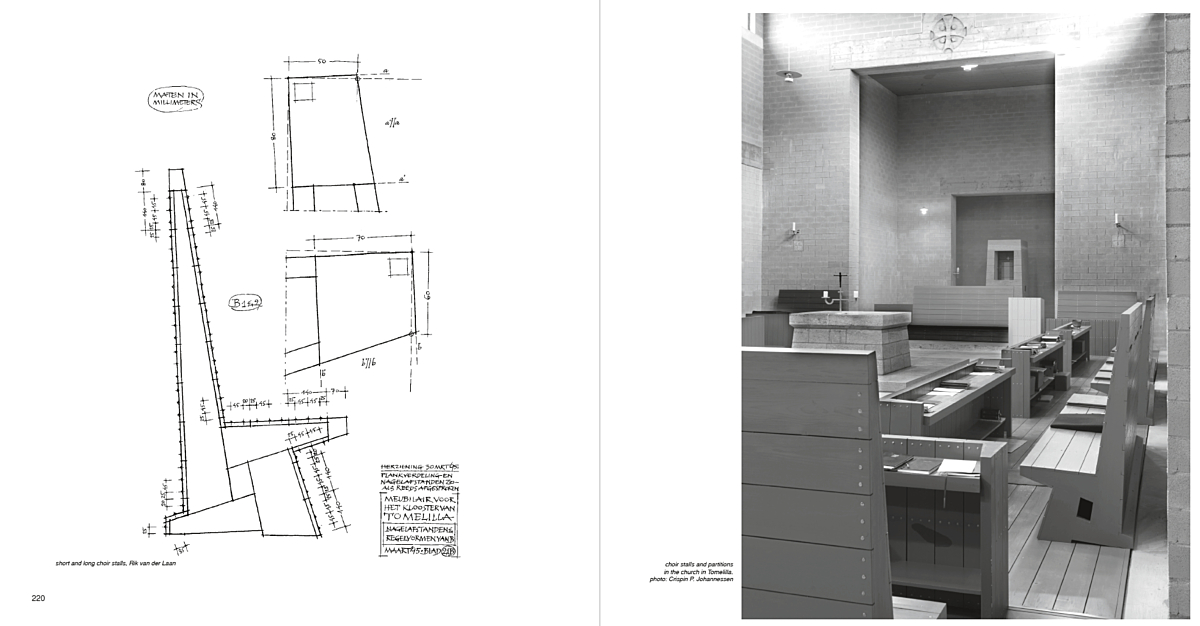