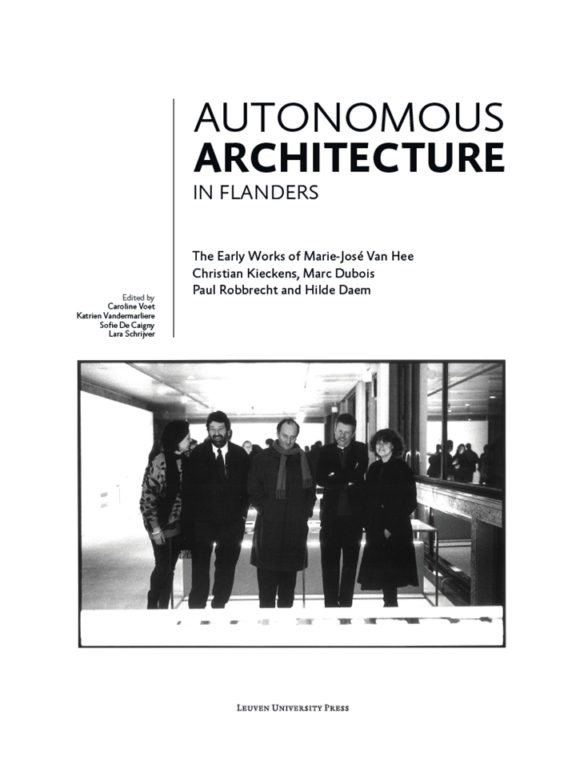 Five well-known architects who studied together in Ghent, Marie-José Van Hee, Christian Kieckens, Marc Dubois, Paul Robbrecht and Hilde Daem, can be considered as leading protagonists of their generation. From their education at Sint-Lucas Institute and the Academy of Fine Arts to the present day, their professional careers and legacy have been of great importance to the development of Flemish architecture. In their early works and writings, they established a distinct architectural language, rooted in historical knowledge and with a reflection to art and craftsmanship. Architecture was singled out as a spatial phenomenon with an autonomous logic grounded in inhabitation and experience. This generation represents a significant turn towards architectural autonomy in Flanders which resonated with similar international developments in the late 1970s. Moreover they played a decisive role in the emancipation and professionalization of the architectural culture in Flanders.

Parallel with the mOments exhibition in 2015, Caroline Voet extended her research on the work of what she defined as THE GENERTATION OF 1974. With Sofie De Caigny (CVAA), Katrien Vandermarliere and Lara Schrijver (U Antwerpen), she formed an editorial board, inviting different types of writers, academic and practicing architects, to
approach the work of these architects.
The publication was peer reviewed and received the GPRC label. But besides its academic value, new ways were sought to present the design process. THE
THINKING HAND is a series of sketch mappings, filmed by the Fragile students, who also assisted in developing time lines. 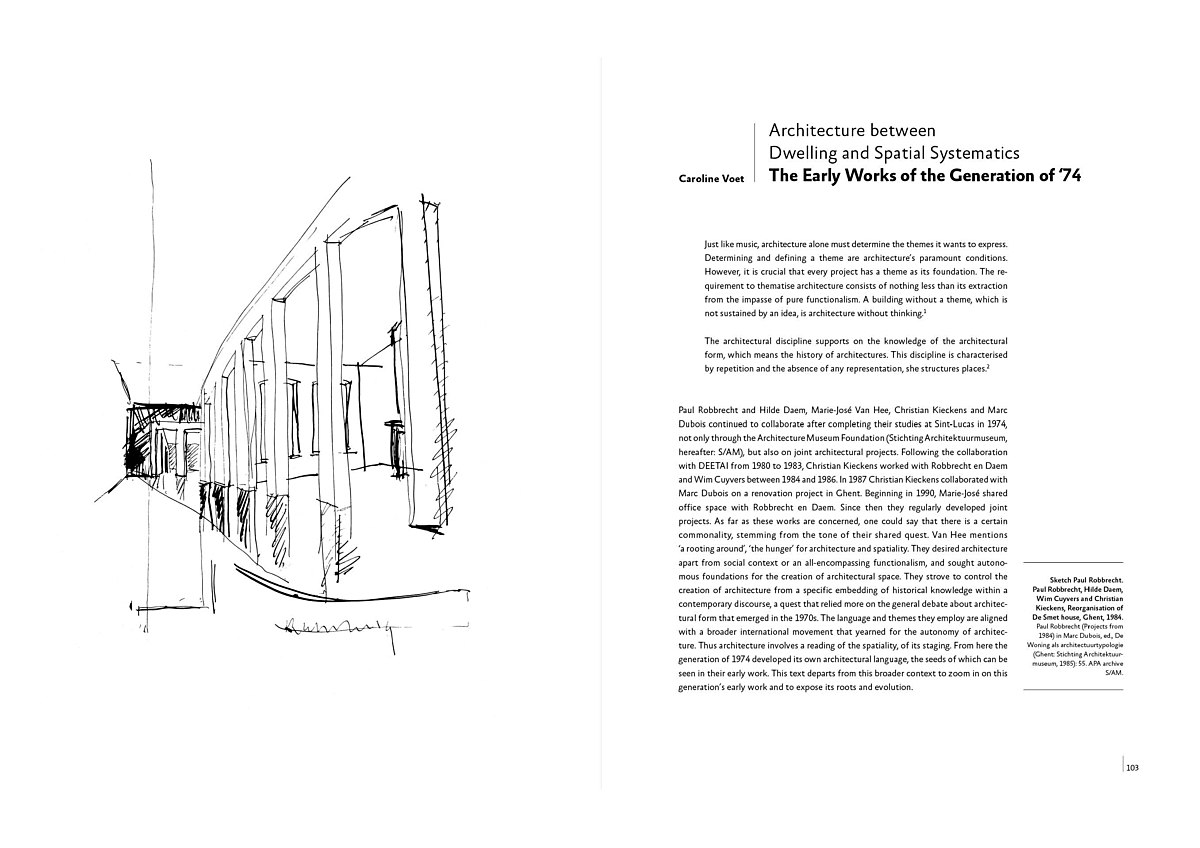 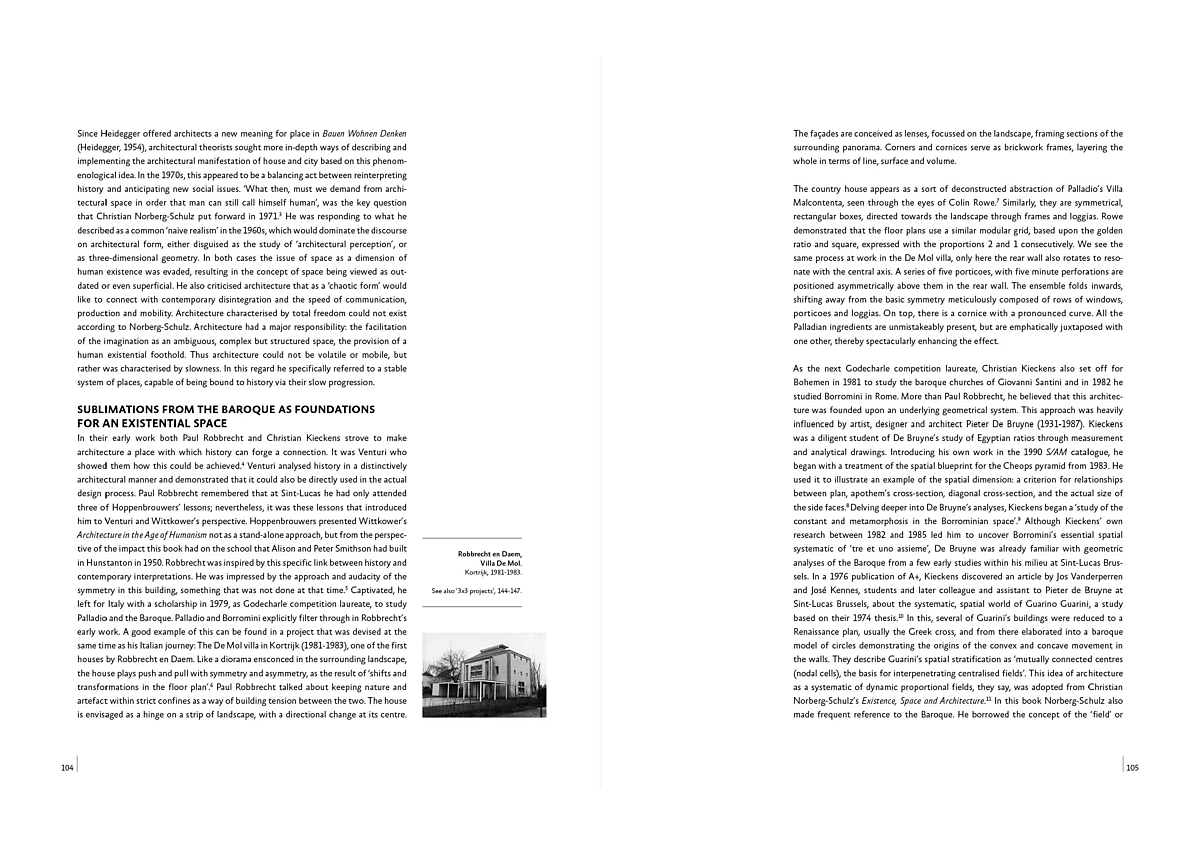 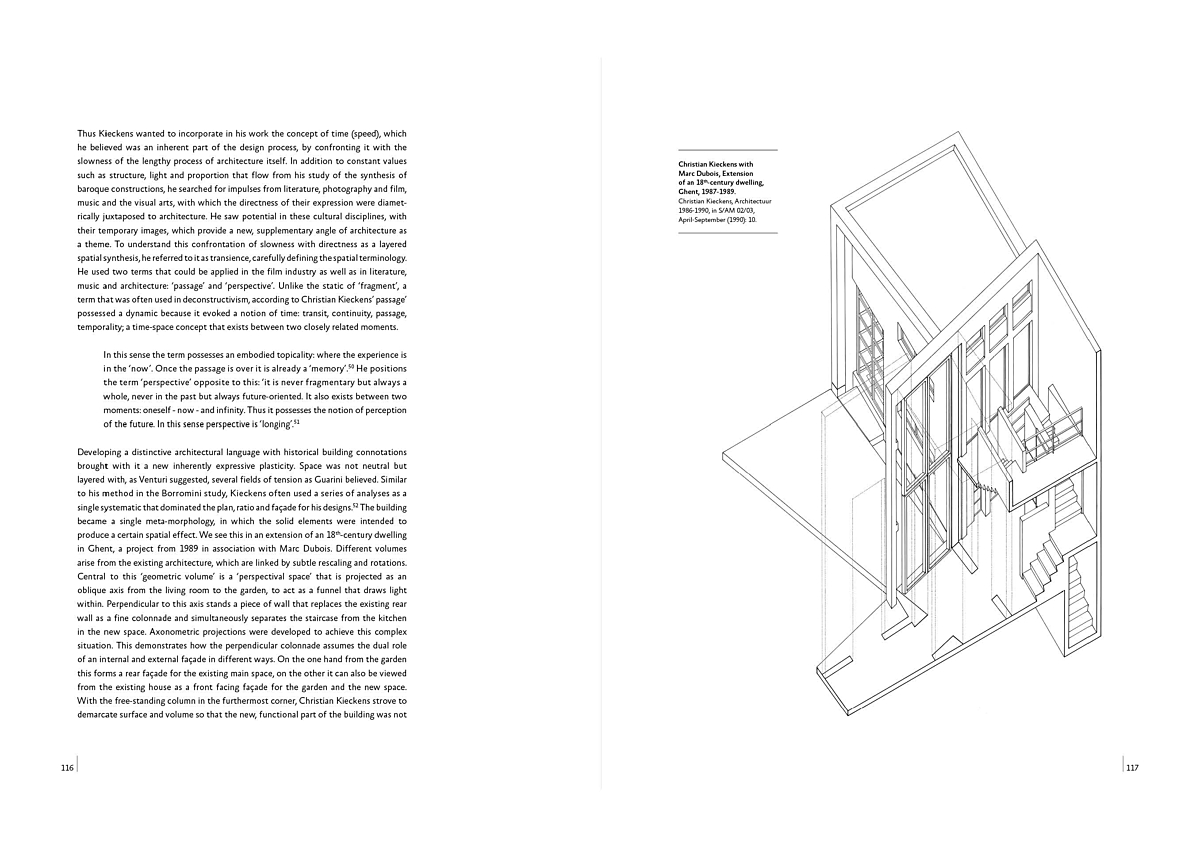 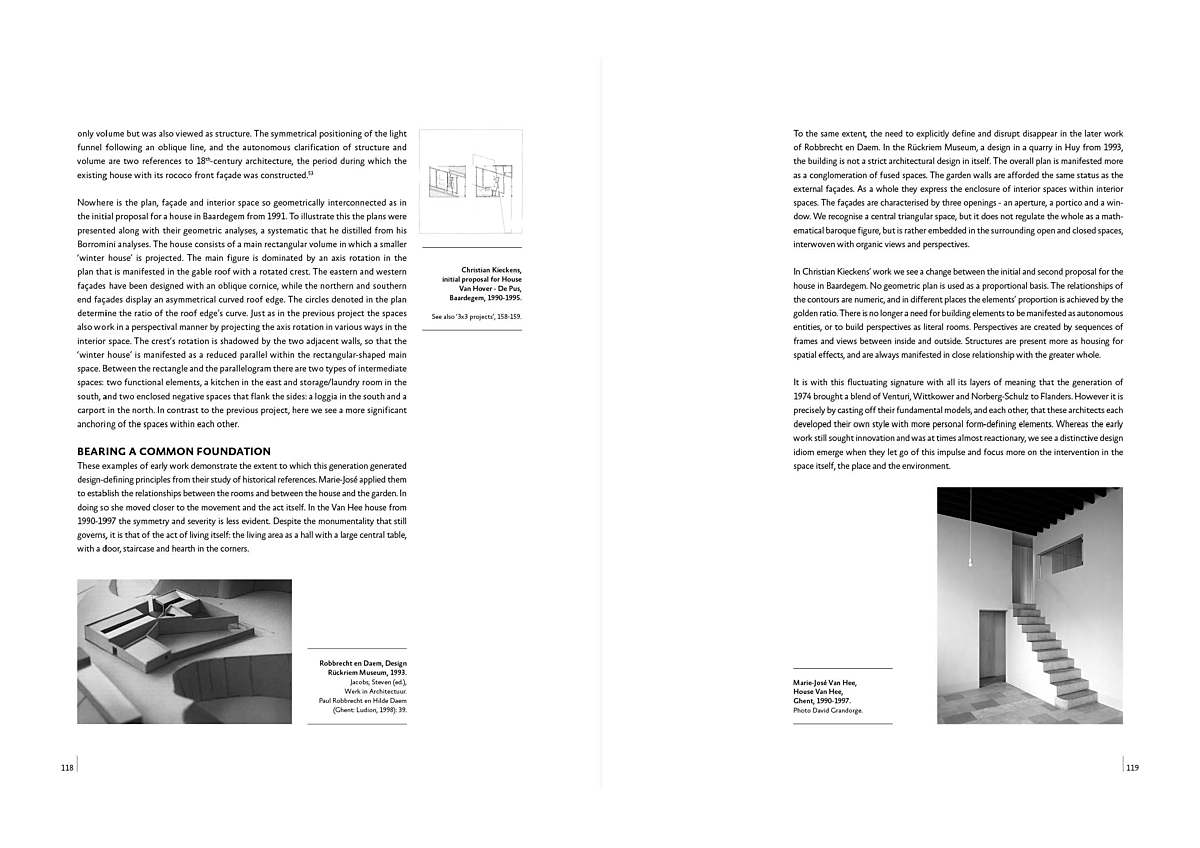